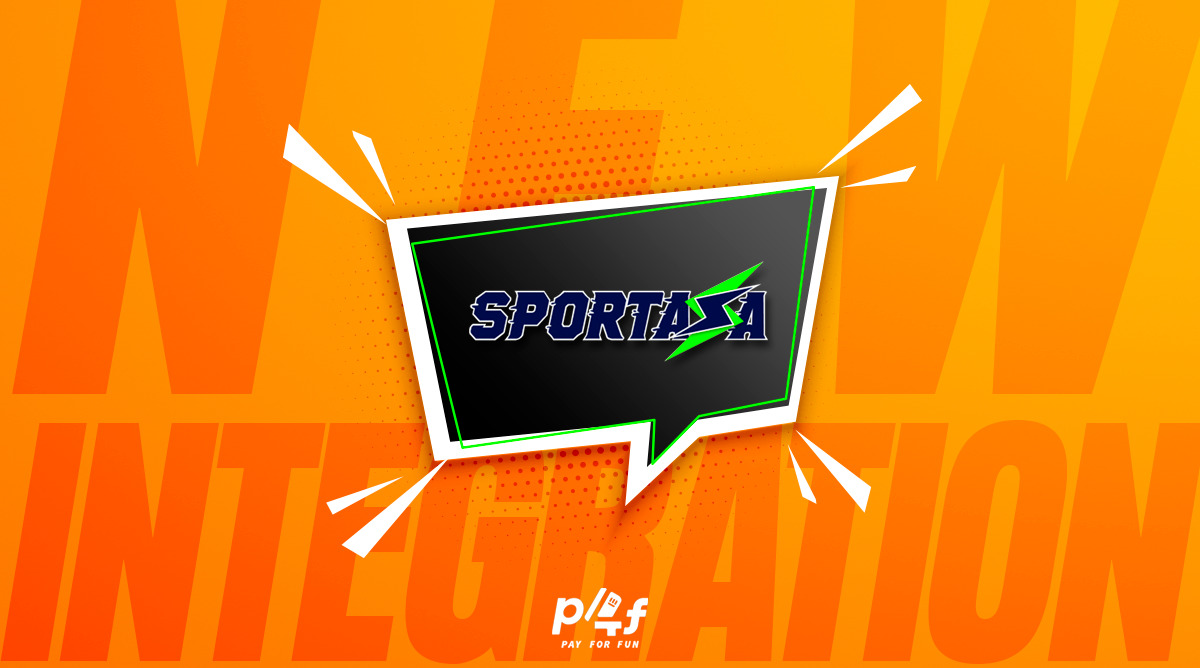 The big bookmaker is part of the Pay4Fun team

Another sensational news for Pay4Fun customers. Now Sportaza is also our partner. Sportaza is a safe and innovative casino and sportsbook site. The platform brings a wide variety of sports and betting markets with very competitive odds, ensuring bettors an excellent experience in the world of online betting.

At Sportaza the player can enjoy thousands of sporting events with the possibility of placing bets live or pre-match. Want something better than rooting for your favorite teams and still profiting from it?

Furthermore, releases are constantly included in Sportaza’s catalogue, making the platform a place of great fun. If the player wants to make their favorite selection of games, it is possible to access them more quickly by entering them in the “personal list” option.

Sportaza uses the best technologies available on the market, in addition to having a simple and intuitive design.

At Sportaza you will find the biggest sporting events

All the biggest championships in the world are at Sportaza. It is possible to place football bets on tournaments such as the Euro Cup, Copa Libertadores, Copa America, Champions League, and many others.

A multitude of other sports are also available at Sportaza such as basketball, tennis, volleyball, ice hockey, table tennis, cycling, football, boxing, beach volleyball, and much more.

Through Sportaza, it is also possible to have access to other verticals such as horse racing, casino, live casino and virtual sports.

In addition, the site has many advantageous promotions such as a welcome bonus of 100% up to R$600, free bet and cashback on the Euro Cup, weekly recharge with 50% bonus, virtual sports incentive, and many others.

Sportaza’s customer service is formed by a highly trained team that helps the customer to resolve any type of doubt, making the visit to Sportaza as satisfying and pleasant as possible.

Excellent service and best technologies are the focus of Pay4Fun

Pay4Fun provides a personalized and excellent service both to its commercial partners and to each of its customers.

The integration of Pay4Fun to your website is getting simpler. The company launched Pay4Fun Go, a payment gateway that facilitates financial transactions for users and merchants.

With three years of existence, Pay4Fun already has more than 160 integrated partners, 170 thousand registered accounts and more than 50 employees. In addition, Pay4Fun has many other products such as Pay4Fun App, Pay4Fun Card Mastercard and Pay4Fun Store.