SiGMA’19 Malta: Pay4Fun will be there 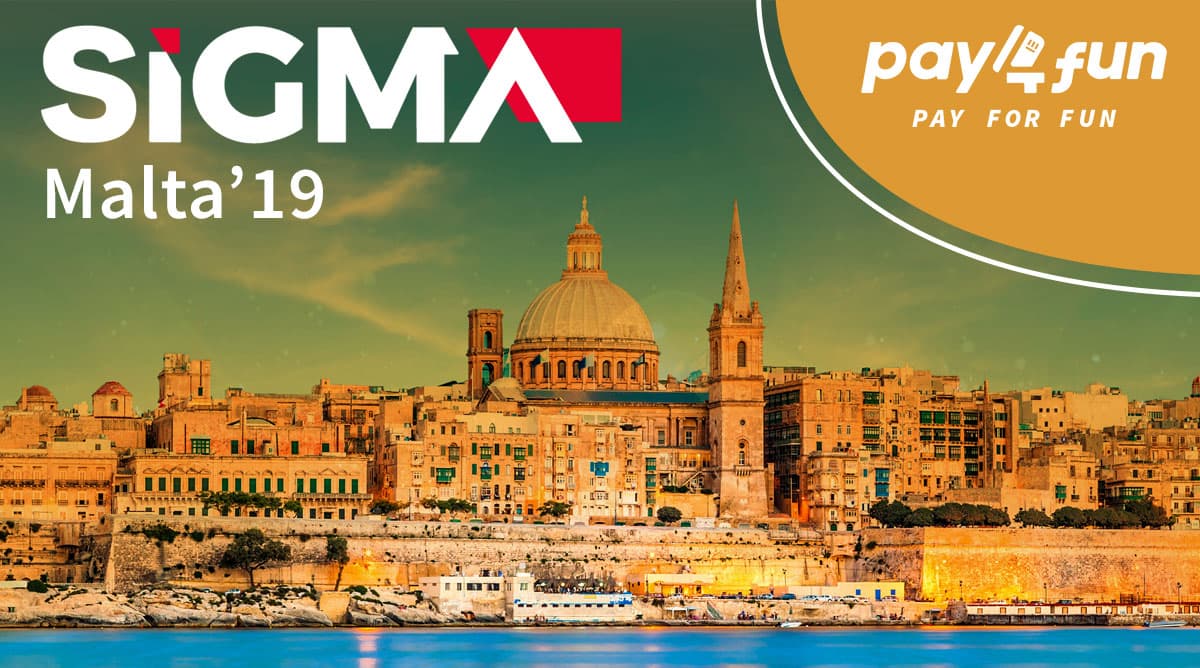 Pay4Fun among the best iGaming companies

The sixth edition of SiGMA’19 Malta will take place between the 27th and 29th of November at the Malta Fairs and Conventions Centre in Ta’ Qali.

Pay4Fun is attending the event to be in contact with the most prominent investors, exhibitors, and speakers of the world iGaming scenario.

SiGMA’19 will be the most leading gaming industry fair ever. Pay4Fun and other participants will have the opportunity to interact with industry leaders and do business with the world’s best iGaming brands, suppliers, and affiliates.

SiGMA’19 Malta is the absolute reference for the iGaming market

The event is already a must-stop on the iGaming global calendar. Last year, SiGMA Malta hosted more than 400 sponsors and exhibitors, 200 industry-leading speakers, and had a record of 12,500 attendees from over 80 countries.

SiGMA’19 Malta promises to be even bigger. Team SiGMA is setting the bar even higher for this year, with a more international focus from a leaderboard of global gaming companies.

In addition to having several exhibitors and sponsors, the event also promotes six different conferences, including speeches by world leaders on each of the following topics:

Pay4Fun could not be out of SiGMA’19. The company has shown exceptional growth in the payment intermediation market for the Brazilian public.

Founded in Brazil (2017), Pay4Fun is a payment method that offers business opportunities to partners from all over the world.

Pay4Fun acts as an intermediary for a wide range of international and domestic payments.

The P4F eWallet is an excellent option for the Brazilian consumers who need to make payments with convenience and security, including those who do not have credit cards or bank account.

Pay4Fun will undoubtedly make many successful new business partnerships with the world’s most significant players at SiGMA’19.

If you want to expand business in Brazil, one of the most promising emerging markets in the iGaming industry, talk to Pay4Fun at SiGMA’19 Malta.