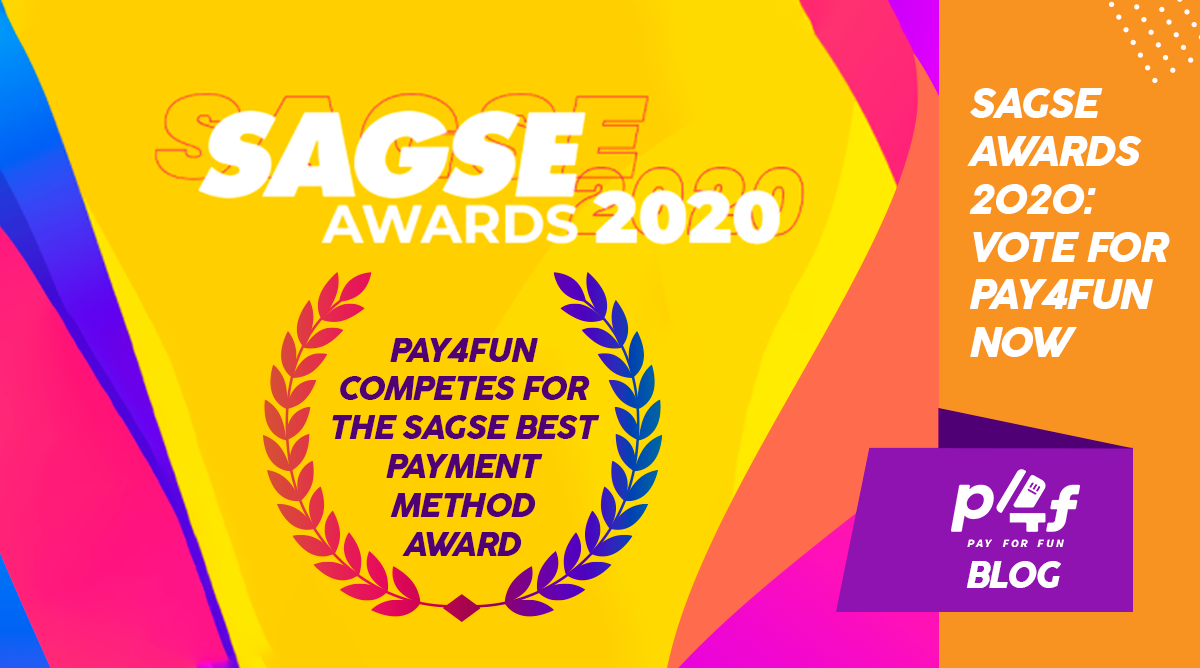 On February 24 of 2021, the SAGSE Play’n GO event will be held at the Palermo Racetrack Racecourse in Argentina, where the best players in the 2020 gaming market will be awarded. Pay4Fun is competing in the Payment Methods category. You can vote for the best payment method in Brazil through the link: https://forms.gle/FHmnSNY2kyHTVwpj9.

Vote now for Pay4Fun and make our company more and more consolidated in the worldwide payment methods market. The winners will be announced on SAGSE Play’n Go live.

The award methodology is an open survey, in which the industry will be able to choose its best exponents of the year 2020.

Alan Burak, Vice President of Monografie, commented on his expectations for the award: “I hope that a large part of the industry will participate in this open and democratic election that will recognize the main protagonists of a year as complex and challenging as 2020”.

Burak added that: “the whole industry has demonstrated its strength and capacity to adapt, based on social responsibility, health measures and, above all, innovation in all areas: this is and will be the engine of the main players in the sector”.

Monografie aims to promote the recognition of SAGSE as one of the most important enterprises, projects, and operations of 2020. Burak explains that: “despite the monumental obstacles that operators, providers and physical and online regulators had to face, the industry has shown that he knows how to make the most of the opportunities to get out of the crisis. The SAGSE Awards 2020 recognizes the companies that stood out last year, leading this industry’s path to recovery”.

Pay4Fun grew in 2020 and launched a series of new products

Although the year 2020 was full of challenges for the whole world, Pay4Fun achieved many goals, in addition to having a great growth in the market.

Vote now for Pay4Fun for the Best Payment Method category at the SAGSE Awards 2020. Our company’s goal is to combine high technology in financial services with humanization and the provision of excellent services in serving our customers and partners. Go, Pay4Fun!