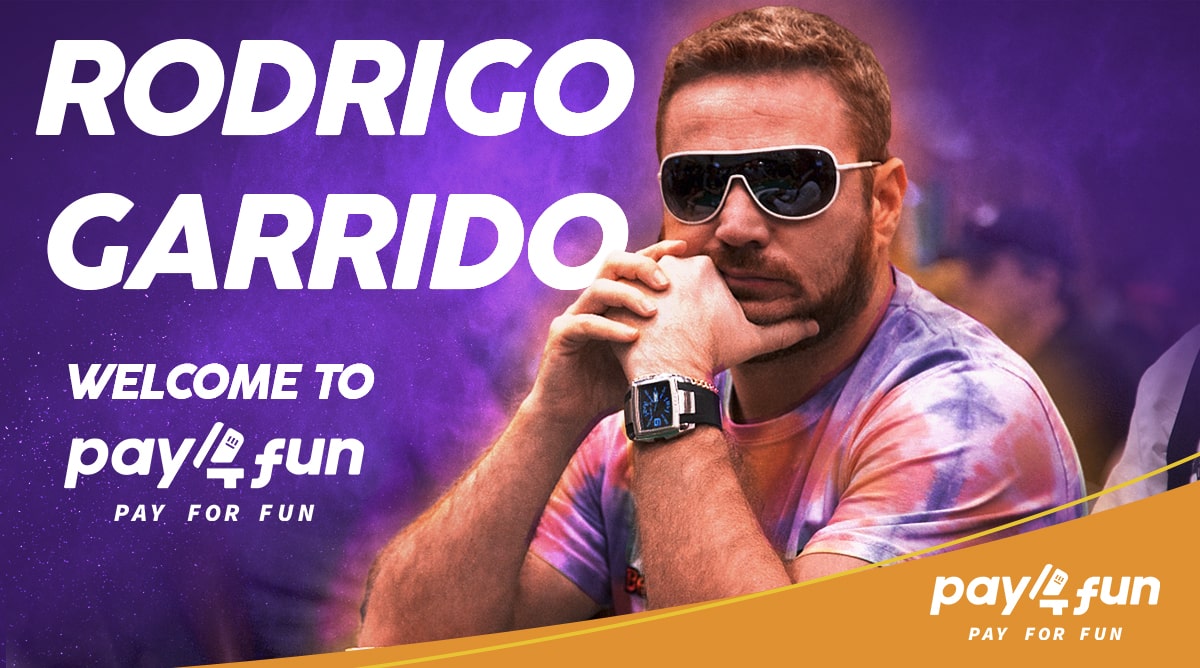 The champion now belongs to the Pay4Fun team

Pay4Fun is proud to announce its first brand representative. Rodrigo Garrido, the holder of several poker titles around the world, is the new Pay4Fun representative.

Leonardo Baptista, Pay4Fun CEO, tells us a little about how this partnership started:

“Garrido and I met when we worked together in the past. I saw Garrido flying higher and higher and showing to be an extremely focused, respected, and, most importantly, extremely loved professional in the world of poker.

Garrido followed the whole history of Pay4Fun from the beginning. He saw our hard work consolidating and starting the company and watched as  we reached our position of very sustained growth today.

Now is the exact time to invite him to represent Pay4Fun, as Garrido is synonymous with everything we want to be for our customers. We are a company that works with technology, but above all, we value ​​the credibility, humanization, and professionalism that Garrido can translate through his career“.

Poker is one of the verticals served by Pay4Fun. Rodrigo Garrido has a strong resume. He collects victories and excellent results:

“Without a doubt, Rodrigo Garrido is a wonderful gain for the Pay4Fun team, because, through his presence at the championships, Pay4Fun’s name will be associated with a winning personality and, above all, with his integrity, which fits the company’s philosophy seriousness and excellence“, concludes Leonardo Baptista.

Rodrigo Garrido started his career in 2005 and professionally in 2009. Before that, he was a chess player and worked in the banking sector. Garrido also shows his joy at being part of the Pay4Fun team:

“It’s great to have a company that offers a service that makes poker players’ daily lives easier and believes and invests in a professional poker player.

I am motivated to introduce to the poker community a tool like Pay4Fun, that helps both professional and amateur players move their financial resources“, says Rodrigo Garrido.

Pay4Fun plays a vital role in the poker players’ routine. Transferring chips between different championships used to be a big issue for amateur and professional players.

“In the past, if you won a prize in a championship and wanted to play in another one, it was necessary to sell your chips or switch them with other players to participate in all the desired tournaments.

With Pay4Fun, your funds can be transferred from one website to another through your e-Wallet safely, faster and, most important, at a much lower cost“, explains Garrido.

Another benefit that players find using Pay4Fun is access to Pay4Fun Card – Mastercard. The Pay4Fun Card accepts transfers from your Pay4Fun virtual wallet balance, and can be used in any store.

Garrido comments that “a great satisfaction for the poker player is to use their prizes to make purchases, invite friends to celebrate, or even use these values ​​in their daily expenses since, for many players, poker is their main income source. Pay4Fun Card makes it all that much easier“. 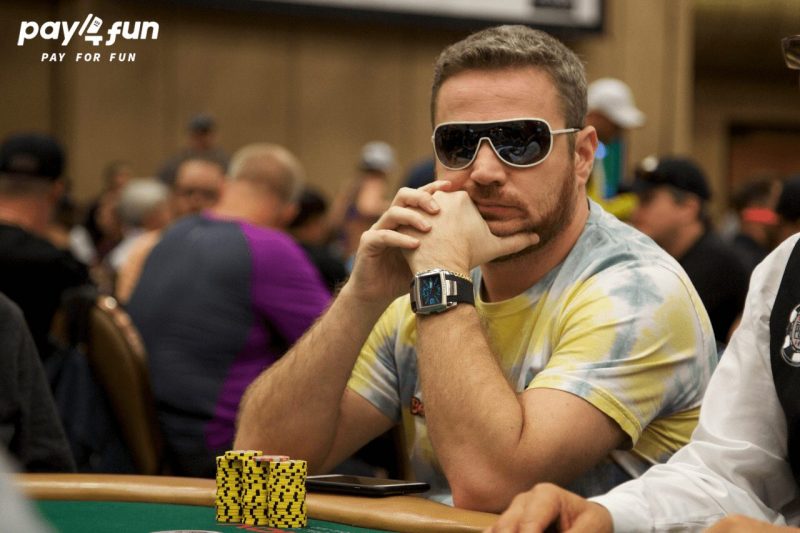 “Amateur players find it very difficult to transact their chips from one competition to another because they still don’t have a big network. Pay4Fun allows more people to compete and improve their poker skills, as it facilitates access to the most diverse tournaments with great reliability“, adds Garrido.

Regarding his plans for the future plus the impact of the Covid-19 pandemic on the poker segment, Garrido says that the modality was barely impacted, and the online poker is even stronger than ever. He continues with the 2020 competition planning maintenance, although all the competitions are taking place in the online environment.

The partnership between Rodrigo Garrido and Pay4Fun is more great news that shows the strength and growth of the best financial transaction technology service in the Brazilian market. Go, Garrido! Go, Pay4Fun!