Pay4Fun is awarded as the Best Payment Method at SAGSE 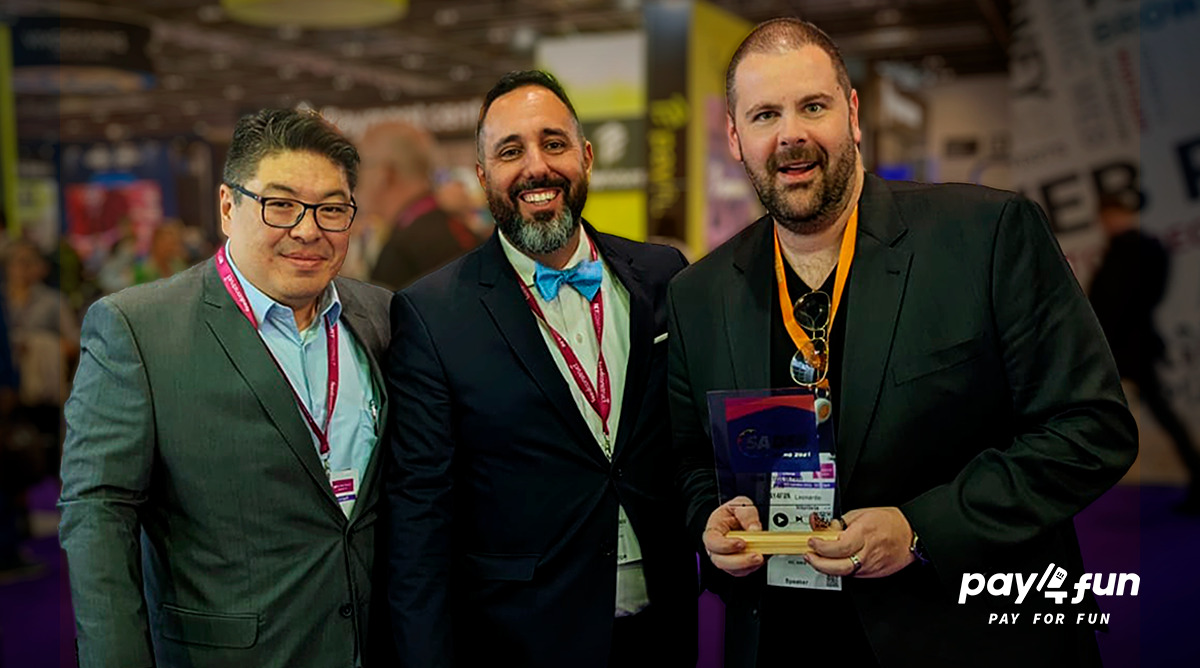 Pay4Fun is considered the Best Payment Method in Latin America in the awards promoted by SAGSE 2021. The financial transactions company founded and based in Brazil accomplished yet another great achievement in the international gaming market.

SAGSE Latam is the most important event in the gaming sector in Latin America. With a long history, great experience and leadership, it brings together the highest executives and all players in the entertainment industry.

After 30 years of existence, SAGSE is an ideal space for networking, exhibitions and an essential source to find new products and launches.

The fair takes place in Buenos Aires, Argentina, once a year. The event has a long history and has an organization of excellence, which brings together exhibitors from the most outstanding companies in the gaming sector, such as manufacturers of slot machines, electronic roulettes, gaming tables and clothing, and service and technology providers for the sector of games.

The event brings together the highest executives and management-level professionals in the gaming industry. The directors of the most important companies, managers from different areas, manufacturers and operators, employees of Institutions, certification laboratories, game developers, artificial intelligence, security and all the experience necessary to carry out an operation always guarantee quality information at SAGSE.

Given the importance and magnitude of SAGSE Latam, Pay4Fun is very honored to receive this award.

Pay4Fun is an online financial transaction company that allows you to make deposits, payments and transfers in a practical, fast and secure way. The company is 100% Brazilian and has commercial partners from all over the world.

Facilitating the day to day of consumers and merchants through a simple and intuitive platform, Pay4Fun also promotes a differentiated service at all levels.

Fintech offers several products and services to make life easier for its customers and business partners. These include Pay4Fun Card Mastercard, Pay4Fun App, the Pay4Fun Store and Pay4Fun Go, a high-tech payment gateway that provides an easy and efficient way to carry out financial transactions.

We are very grateful to SAGSE Latam for recognizing our work. We are preparing a lot more news for 2022. Go Pay4Fun!