Pay4Fun is a finalist at the SBC Awards Latin America 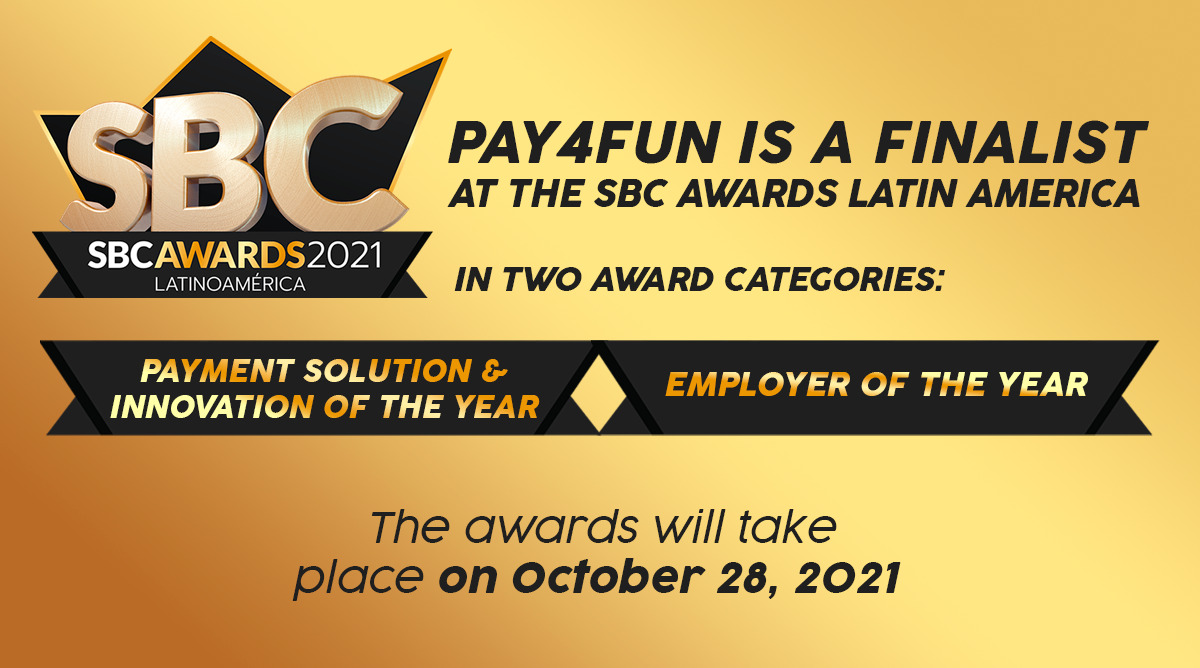 Pay4Fun is shortlisted at one of the biggest gaming industry events in the world, the SBC Awards Latin America. The company, founded in Brazil in 2018, competes in two categories: “Payment Solution & Innovation of the Year” and “Employer of the Year”.

The awards will take place on October 28, 2021 at the JW Marriott Marquis Miami, United States.

The SBC Awards Latin America is an event that rewards the best players in the global sports betting and gaming market. The award recognizes the achievements of gaming operators, affiliates and vendors, including payments, marketing and data.

The SBT Awards 2021 will feature around 600 guests in attendance and will also celebrate companies that have survived and thrived in unprecedented times as a result of the Covid19 pandemic. The ceremony also brings many opportunities for networking and exchange of experiences between participating companies and professionals.

SBC is a giant in the media and events sector

SBC is the largest B2B news publisher in the betting and gaming industry in the world. SBC Events organizes the most significant sportsbook events and online casinos on the market.

Pay4Fun has represented Brazil in several major world awards in recent years. Now, the company is honored to be alongside other big names in the market at SBC Latin America.

Pay4Fun is revolutionizing the market in Brazil

Pay4Fun completed 3 years of existence this year. Even so young, the company has definitely marked Brazil’s space in global gaming and betting events.

Pay4Fun has more than 170 integrated commercial partners, in addition to an ever-growing customer base.

Pay4Fun expands and improves its services and products more and more. In addition to having the best solution for deposits and transfers of funds integrated to several websites, the company offers services such as Pay4Fun App, Pay4Fun Card Mastercard and Pay4Fun Store, providing much more facilities to its customers and partners.

What is Pay4Fun’s secret to success? It is to offer high technology combined with a humanized service of excellence. That’s our constant goal.

All of Brazil is rooting for Pay4Fun at the SBC Awards Latin America 2021. Go Pay4Fun!