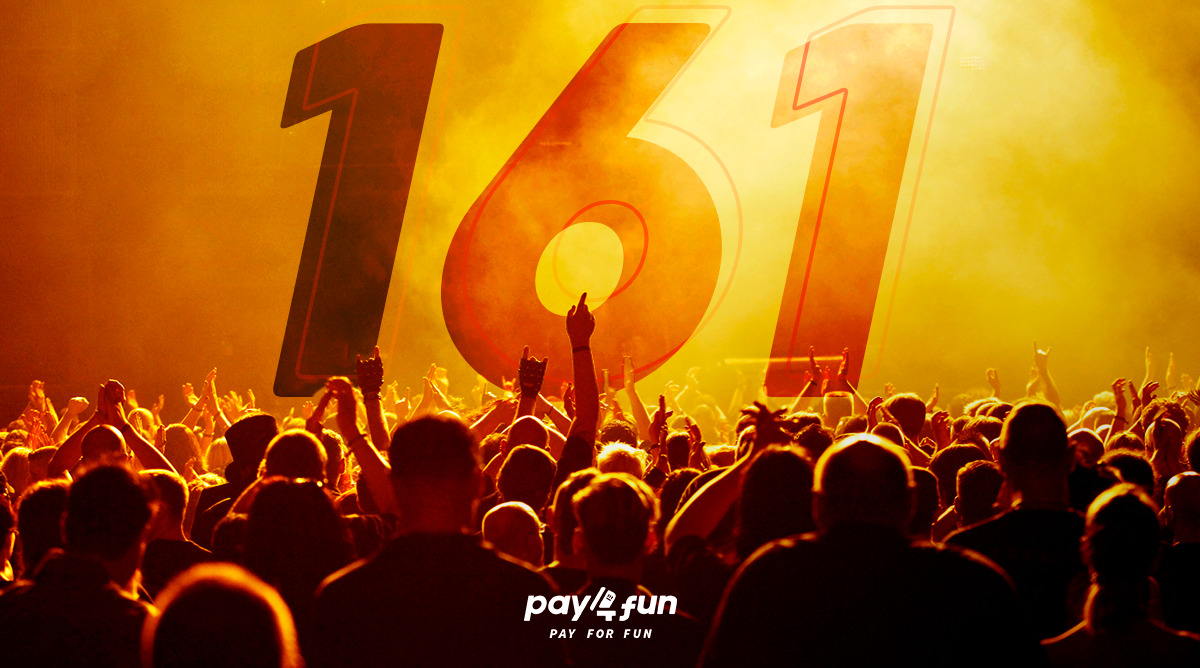 Less than 1 year ago, Pay4Fun celebrated the mark of 100 integrated partners. Today, we can proudly say that Pay4Fun now has 161 commercial partnerships integrated into its platform.

We only have reason to celebrate: 2020 was a very challenging year for the economy around the world. However, Pay4Fun continued to expand the range of products and services offered, both to its customers and to its commercial partners.

“Pay4Fun is growing at an accelerated pace”, says Leonardo Baptista, CEO of the company. “In less than a year, we had a 60% growth in relation to the number of partnerships. This is a wonderful brand, especially in such a turbulent period economically, due to the pandemic”, adds Baptista.

Recently, large companies have joined the Pay4Fun portfolio. One of them is SoftSwiss, a highly recognized world leader in the development of iGaming software solutions. SoftSwiss has over 300 brands. Currently, four of them are integrated into Pay4Fun: Bitstarz, Fast Pay Casino, Joocasino and LevelUp Casino.

Another sensational partnership of Pay4Fun signed in 2021 is with Betsson Brasil. The platform is owned by Betsson Group, founded in 1963 in Sweden, and is today a huge power in the global gaming market.

Pay4Fun Go, Pay4Fun App, Pay4Fun Card and many other facilities

Pay4Fun has launched several new features, making the experience of our customers and partners increasingly satisfying.

Pay4Fun Go is a payment gateway that facilitates financial transactions for users and merchants. With the use of Pay4Fun Go, it is not necessary for the customer to have an account registered on the Pay4Fun website. All you must do is enter your name, CPF and e-mail directly on the site where you want to make a payment, and Pay4Fun Go does all the rest.

At Pay4Fun Go, you can choose between different payment methods such as PIX, bank transfer and bank transfer.

To facilitate the use of the Pay4Fun virtual wallet, we also make available the Pay4Fun App, which brings all the functionality and security of the platform to your cell phone.

We also launched Pay4Fun Store, an amazing virtual store where you can make purchases at stores like Uber, Claro, Sky, Tim, Vivo, IMVU, Spotify, Blizzard, Steam, among others.

Another product that is very successful among our customers is the Pay4Fun Card which has the Mastercard brand and excludes the need for the customer to have a bank account.

Pay4Fun Card does not have an annual fee. With it, it is possible to transfer the balance from the Pay4Fun electronic wallet to the card and use it in any type of commercial establishment, both in physical stores and online.

All this technology is accompanied, of course, by the excellent service provided to Pay4Fun’s customers and partners. For us, the human being remains at the center of every successful business. That’s why the care with the service and support to customers and partners is paramount at Pay4Fun.

This is just the beginning of our success story. Much more news is coming, just wait! Congratulations! Go Pay4Fun!