Felipe Barrichello is the new representative of Pay4Fun 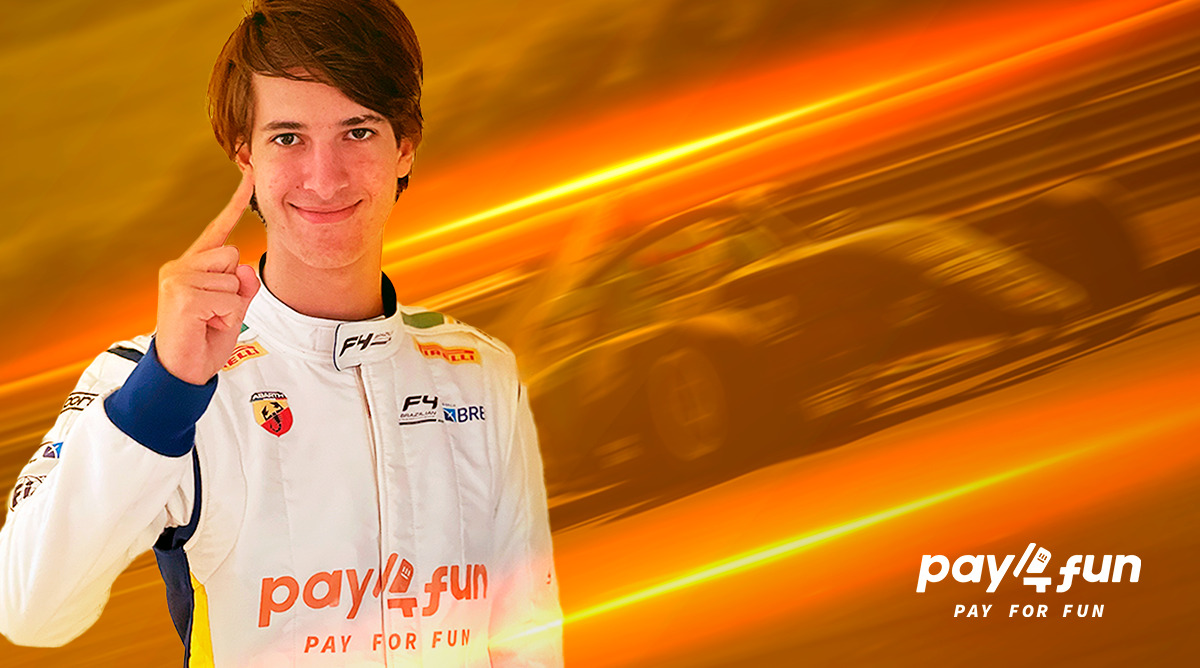 The Formula 4 driver is now sponsored by the company.

Another big name comes to the Pay4Fun team. Felipe Barichello, nephew of the great champion Rubens Barrichello is the new ambassador of our brand.

Felipe Barrichello Bartz, 16 years old, known as Pipe, will now make his debut in Formula 4 single-seaters. The driver had a successful career in karting, which he started at just 6 years old.

Felipe is part of the Cavaleiro Sports team, where drivers Vinícius Tessaro, Nicolas Giaffone and João Tesser also compete. Rubens Barrichello’s son Fernando Barichello will also be on the Formula 4 tracks this season.

Formula 4 Brazil is the first step in the country for drivers who dream of one day being in Formula 1 or Formula Indy, without having to leave so young to live abroad and bear the high costs of racing in the United States or Europe.

About the partnership with Pay4Fun, Felipe says: “My parents fought a lot to give me this chance to race in Formula 4 this year and I am very happy to be able to debut in the category with four sponsors, who are being fundamental in this important step of my career. I am very grateful to Pay4Fun, and I hope to repay all this support by fighting for the best possible results on the tracks”.

Like Felipe Barichello, Pay4Fun is a young company that has been growing rapidly.

CEO Leonardo Baptista comments on this: “Encouraging sport is one of our goals here at the company. The trajectory of each of the athletes we sponsor fills our brand with values ​​such as work, technique, dedication, speed and overcoming obstacles that may arise That’s why Pay4Fun sponsors promising names like Felipe Barichello. We also support other champions on the tracks like Gabriel Casagrande, Thiago Camilo and Christian Mosimann”, he concludes.

Pay4Fun is an online financial transaction platform that allows you to make deposits, payments and transfers in a practical, fast and secure way.

Through a simple and intuitive platform, Pay4Fun also offers the market a differentiated service at all levels.

We have several products and services for both end customers and business partners. Among them, Pay4Fun Card Mastercard, Pay4Fun App, Pay4Fun Store and Pay4Fun Go, a high-tech payment gateway that provides an easy and efficient way to carry out financial and other transactions.