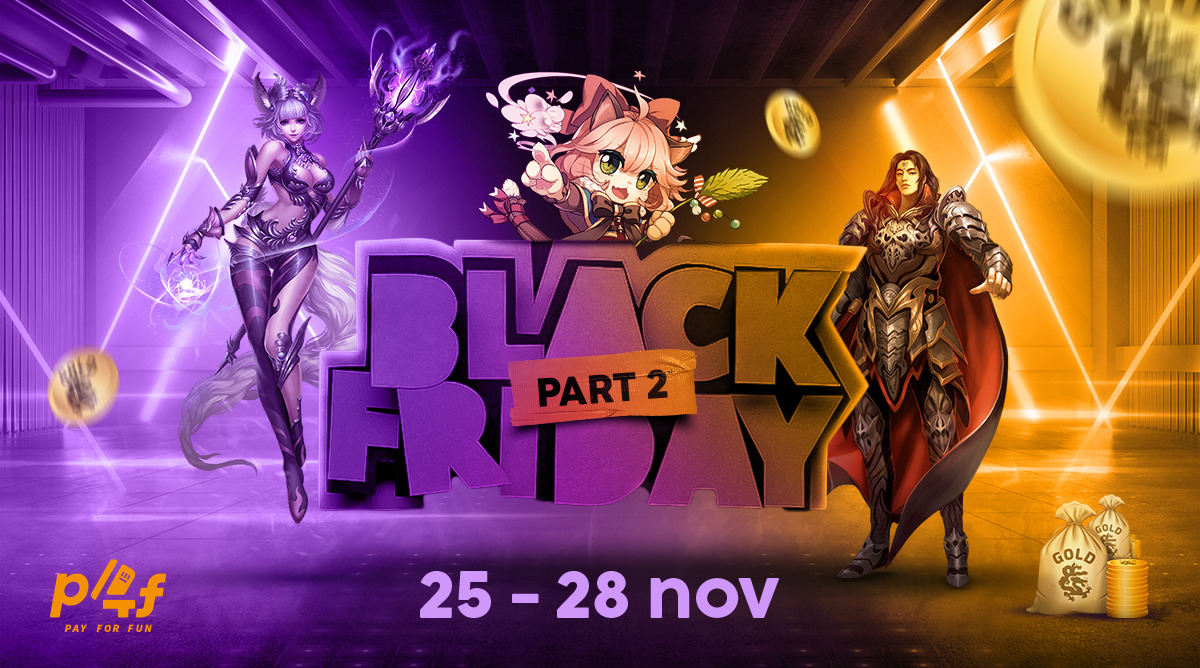 The best games with bonuses and cashback, from November 25th to 28th

Pay4Fun Black Friday has even more news for you! Between November 25th and 28th, you get 50% bonus + 6% cashback on Perfect World Games and Ragnarök games.

That’s right! Perfect World and Ragnarök are two of the most beloved games in Brazil! So, don’t miss this amazing promotion and get 50% bonus + 6% cashback!

This promotion is for a limited time. So, access the Pay4Fun Store now and guarantee your benefits now!

Do you already know everything that Pay4Fun Store offers?

Pay4Fun Store is Pay4Fun’s virtual store where you can purchase credits for the most diverse types of services, such as phone recharges, games, tv and transportation.

There are many options to make your life easier! How to buy at Pay4Fun Store? Just use the balance of your Pay4Fun wallet, and that’s it!

Pay4Fun is a financial institution authorized by the Central Bank

Did you know that Pay4Fun is the first payment institution focused on the entertainment sector to be authorized by the Central Bank of Brazil?

This guarantees you all the security and credibility of having access to services from a company that combines high technology and excellent service both for its end customers and commercial partners.

The Pay4Fun financial transaction platform allows deposits, payments and transfers to be carried out in a practical, fast and secure way. The company was founded in Brazil and has commercial partners from all over the world.

Take advantage of the 50% bonus + 6% cashback – Perfect World and Ragnarök promotion at the Pay4Fun Store and enjoy the more than 350 Pay4Fun partner sites!