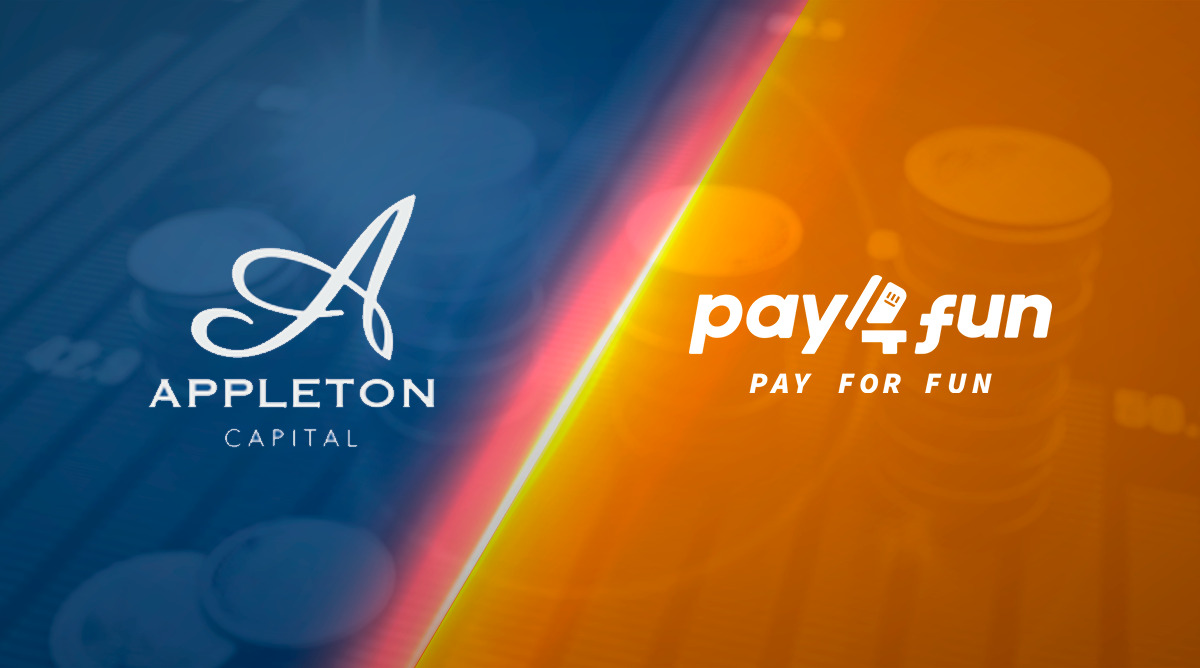 Pay4Fun Instituição de Pagamento S.A., the Brazilian payment technology partner of entertainment companies, announced that it has completed a new round of investment in the company with the support of FGo Advisors.

Appleton Capital, an investment management firm, led this investment round and became the second European shareholder to join Pay4Fun. According to Pay4Fun’s CEO, Leonardo Baptista, “Appleton’s multimillion Euro investment in Pay4Fun and the Payment Institution license from the Brazilian Central Bank are a solid acknowledgement of our consistent and sustainable performance. This is also an opportunity to bring a group of strategic investors to contribute to our geographic expansion”.

According to Olof Appleton, CEO of Appleton Capital, “Pay4Fun has a world class experienced management team, great competitive advantage, and willingness to grow its geographical footprint in Latin America and beyond. Appleton is very excited to contribute to and experience the future with Pay4Fun”.

Pay4Fun is the payment technology partner of the most successful brands in the entertainment industry. The company provides an indispensable and easy-to-use e-wallet for Brazilian customers to make their life easier when playing in online gaming and gambling platforms. Uniting payment solutions with technology, Pay4Fun helps businesses to remove payment barriers, optimize operating costs, and ensure that legal and regulatory requirements are fulfilled. Pay4Fun’s proprietary platform provides seamless pay-in and pay-out capabilities, connecting 300+ merchants with the Brazilian iGaming market. With support for over 17 local and alternative payment methods, merchants can capture every payment opportunity that comes their way.

Appleton Capital is a European investment company focusing on private equity investments in world class companies. Some of Appleton´s investments comprise Glitnor, a Maltese-based iGaming investment group, and BROCC, a Swedish/Finnish-based consumer lender. Appleton delivers what it initially promises and is therefore a highly reliable and attractive partner with investors as well as investment targets.