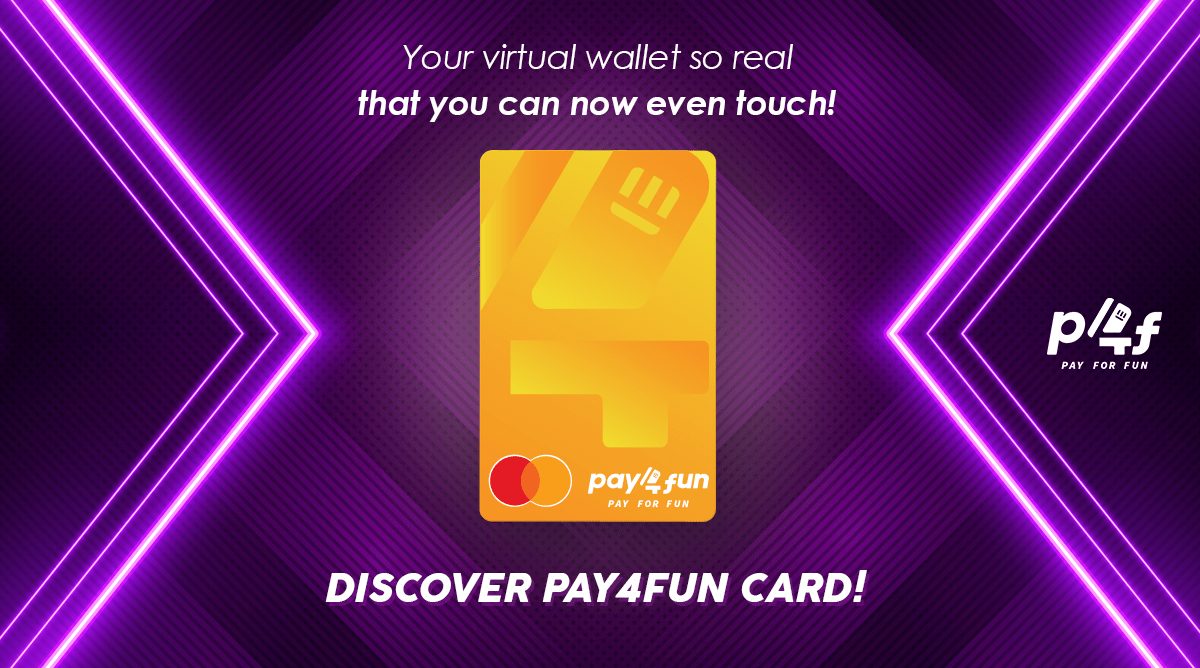 To have the Pay4Fun Mastercard, you don’t need to have a bank account. We just require you to create or sign in to your Pay4Fun account and request the card through our website. We do not charge any annual fees. You only need to cover the cost of the card generation and shipping.

It is also possible to transfer the balance of your Pay4Fun electronic wallet directly to the Pay4Fun Mastercard and use it in any commercial establishment, such as physical or online stores.

If you use your Pay4Fun account to have fun on one of Pay4Fun’s more than 100 entertainment sites, you have even more advantages.

You can transfer your payout balance in any currency directly to the Pay4Fun Mastercard and use it for purchases at any merchant.

The Pay4Fun card is also an excellent solution for professional Brazilian poker players.

Rodrigo Garrido, a grand champion of the BSOP and several international tournaments such as the WCOOP and WSOP, comments on the ease that the Pay4Fun Mastercard provides to players of the big Poker circuits around the world.

“Professional and amateur players can make their participation in poker tournaments much easier using the Pay4Fun Mastercard. The difficulty in transferring chips from one competition to another is common when you want to participate in different poker championships.

The players ended up having to ask for chips from each other, making exchanges to have the right balance and participate in all the desired competitions. With the Pay4Fun Card, this problem disappears, since the prizes’ value can be transferred to the card and used in all different championships we want to play in.”

Garrido also talks about another great Pay4Fun Card feature. “The fact that you have the balance available on your card to use wherever you want is an excellent benefit. There’s nothing like being able to use your prize to go to a nice restaurant or buy whatever you want.”

The company recently reached the milestone of 100 integrated partner websites. In the first half of 2020, the company also surpassed 100,000 users with e-wallets registered on the Pay4Fun platform.

Pay4Fun is also working on developing the entire UX (user experience) of the website and its new application, the Pay4Fun App.

Pay4Fun is also working on consolidating the experience users will have in all devices such as Smartphones, computers, etc.

Order your Pay4Fun Card right now and check out the countless advantages Pay4Fun Mastercard can bring for you!