SoftSwiss and Pay4Fun, a fabulous partnership 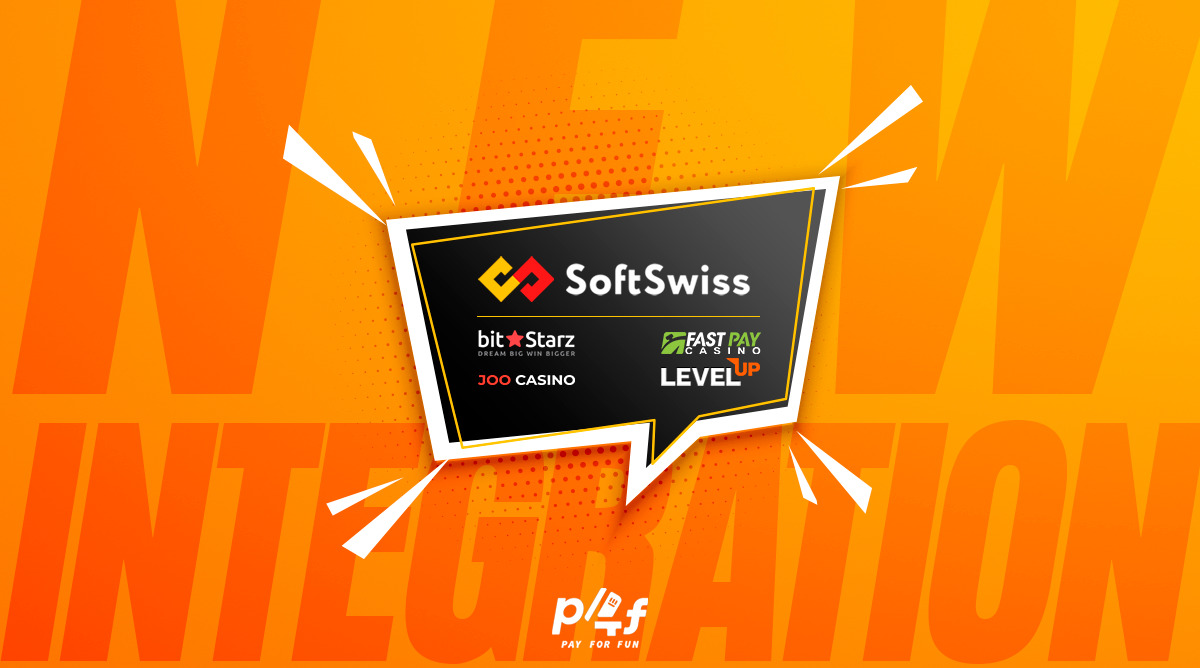 Pay4Fun is integrated with several sites of the iGaming giant

Another great integration comes to Pay4Fun. It is now possible to have fun on various SoftSwiss websites using the Pay4Fun e-Wallet. SoftSwiss is a giant in the global iGaming market.

Initially, the integration between Pay4Fun and SoftSwiss will take place on four major websites that use their platform: Bitstarz, Fast Pay Casino, Joocasino and LevelUp Casino.

SoftSwiss is a recognized leader in developing iGaming software solutions. The company has more than 500 employees and an official presence in several countries.

Currently, SoftSwiss is present in over 300 brands. The company continuously improves its product portfolio with innovations, increasing the quality of its services to provide its customers with cutting-edge solutions.

Bitstarz is one of SoftSwiss’ platforms where the Pay4Fun customer can bet and experience a lot of emotion. The website offers live slots, jackpots, table games and live casino.

Fast Pay Casino, in addition to ultra-fast processing, offers a great welcome bonus: 100% up to 600 BRL, plus 100 free spins.

In addition to casino games, Joocasino offers several betting options on sports such as soccer, tennis, basketball, ice hockey, baseball, volleyball, among others.

LevelUp Casino is another option! The site has a VIP area where it is possible to advance in different levels until the player reaches the most desired prize.

In just three years of existence, Pay4Fun already has more than 155 integrated partners, 170 thousand registered accounts and more than 50 employees.

The company is constantly expanding and improving its services and products. Pay4Fun provides facilities such as Pay4Fun App, Pay4Fun Card Mastercard and Pay4Fun Store, bringing state-of-the-art technology and personalized service to all its customers and partners.

Discover all SoftSwiss websites, earning and having a lot of fun.