Pay4Fun will be present at SiGMA Americas 2020 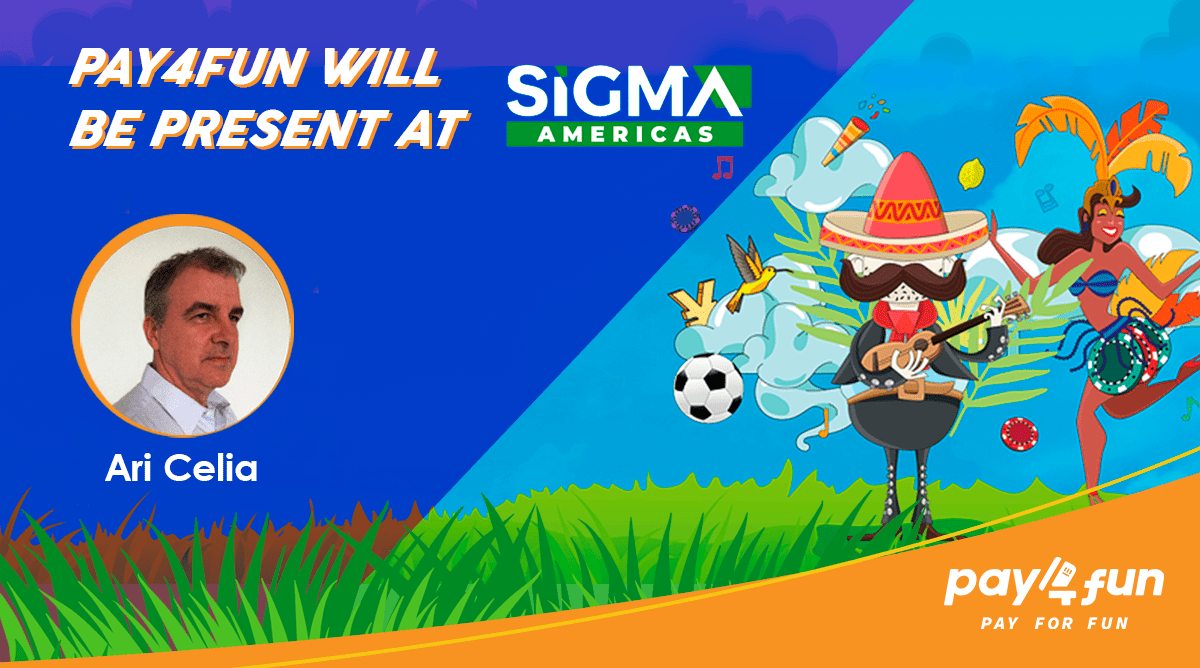 Famous for its events in Europe and Asia, this will be the first year ever that the SiGMA Group will bring a version of its great event with a focus primarily on the Americas market. Pay4Fun will represent Brazil at the SiGMA Americas Summit.

The event will have 80 speakers from different areas. Ari Celia, Pay4Fun Advisor, will represent the Brazilian market, bringing a great panorama of its vast payments sector.

SiGMA Americas is committed to cover the various gaming verticals and also to bring the Americas closer to its delegates from Europe and Asia.

The digital meeting is an excellent opportunity for industry leaders to share their perceptions and discuss future trends, in addition to enabling networking between players in the sector on the American continent.

At the same time, the AIBC Americas Digital Summit will address topics such as AI, Blockchain, IoT, Robotics, and how these emerging technologies are driving the future of the sector.

AIBC Americas is a premium platform that will feature unique content, providing the opportunity to learn from some of its brightest minds. It will also be possible to close deals with the biggest brands and meet leading suppliers.

Reaching the milestone of 100 partners integrated to its platform recently, Pay4Fun is a pioneer in its sector in the Brazilian market.

Based on the experience acquired during its trajectory, Pay4Fun is aware of all the steps necessary to enable foreign partners to have outstanding performance in Brazil’s gaming market.

Integrated to Pay4Fun, websites from all parts of the world can access the required procedures to operate according to the Brazilian market’s local parameters.

Currently, Pay4Fun has a base of 100,000 registered users on its platform, a number which has shown steady growth.

Pay4Fun’s service attracts a massive portion of customers not served by traditional banks. The democratization of access to financial services is the focus of the company’s operations.

Brazil currently has some 60 million unbanked customers. The high costs and bureaucracy of services provided by traditional banks are factors that have increasingly attracted Brazilians to new options for financial services, such as those offered by Pay4Fun.

The “Brazilian and money” survey by the local agency MindMiners, reveals that the number of Brazilians who would do digital credit and debit transactions on Fintechs increased from 73% in 2017 to 81% in 2019.

Another very relevant fact of the study is that Fintechs services have been growing a lot among people from classes C, D, and E, who tend to suffer even more from traditional banks’ high taxes and interest rates.

Amid this promising scenario, Pay4Fun offers a simple, secure, and bureaucratic payment method to Brazil customers.Talk to us and learn more about Pay4Fun’s performance at SiGMA Americas 2020.