Pay4Fun is nominated for the Affiliates Brazil award 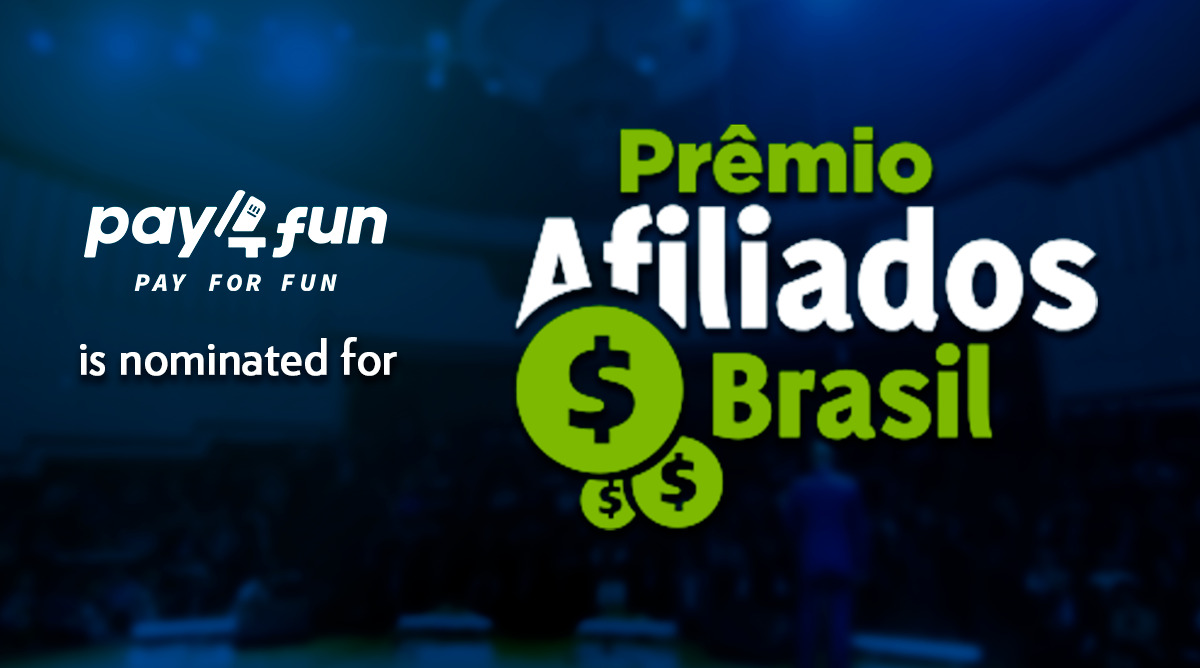 Vote for Pay4Fun as the Best Payment Method

Pay4Fun is among the finalists of the Prêmio Afiliados Brasil (Brazil Affiliates Award). The fintech of financial transactions whose main focus is the gaming market, is competing in the Best Payment Method category. The choice of the best in each category is public. Just go to the voting site. You can vote until May 16th.

Afiliados Brasil elects the best professionals and companies in various business areas related to Affiliate Marketing and Digital Marketing and is considered one of the most important awards in the industry.

The election process takes place as follows: the 10 most suggested names in each of the categories are selected. Voting is done by the public

The announcement of the winners will take place during the Afiliados Brasil Online event from May 26 to 28, 2022, at the Frei Caneca Convention Center.

Discover the work of Pay4Fun

Pay4Fun is an online financial transaction platform that allows you to make deposits, payments and transfers in a practical, fast and secure way. The company is 100% Brazilian and has commercial partners from several countries.

Pay4Fun brings the safest, fastest and most efficient solutions to the digital environment. Through a simple and intuitive platform, the company promotes differentiated service at all levels.

The company has more than 280 business partners. The Pay4Fun platform acts as a link between merchants and the end consumer.

By adopting Pay4Fun as a payment method, business partners and end consumers can count on cutting-edge technology, which enables transfers, withdrawals and other features quickly and safely.

A fundamental point that differentiates Pay4Fun from other fintechs is its service. No interaction with customers is done by robots. The Pay4Fun support service works 24 hours a day, 7 days a week with agents constantly trained to bring effective solutions.

For business partners, Pay4Fun’s service is also top-notch. Companies around the world are fully supported.

Pay4Fun offers a variety of products and services to its customers and business partners. Among them are Pay4Fun Card Mastercard, Pay4Fun App, Pay4Fun Store and Pay4Fun Go.

Pay4Fun was also a pioneer in the adoption of PIX, the technology of the Central Bank of Brazil that has grown the most among the Brazilian public.

Vote for Pay4Fun as the best payment method in the Brazil Affiliates Award!