Pay4Fun competes for award at the 2022 EGR B2B Awards 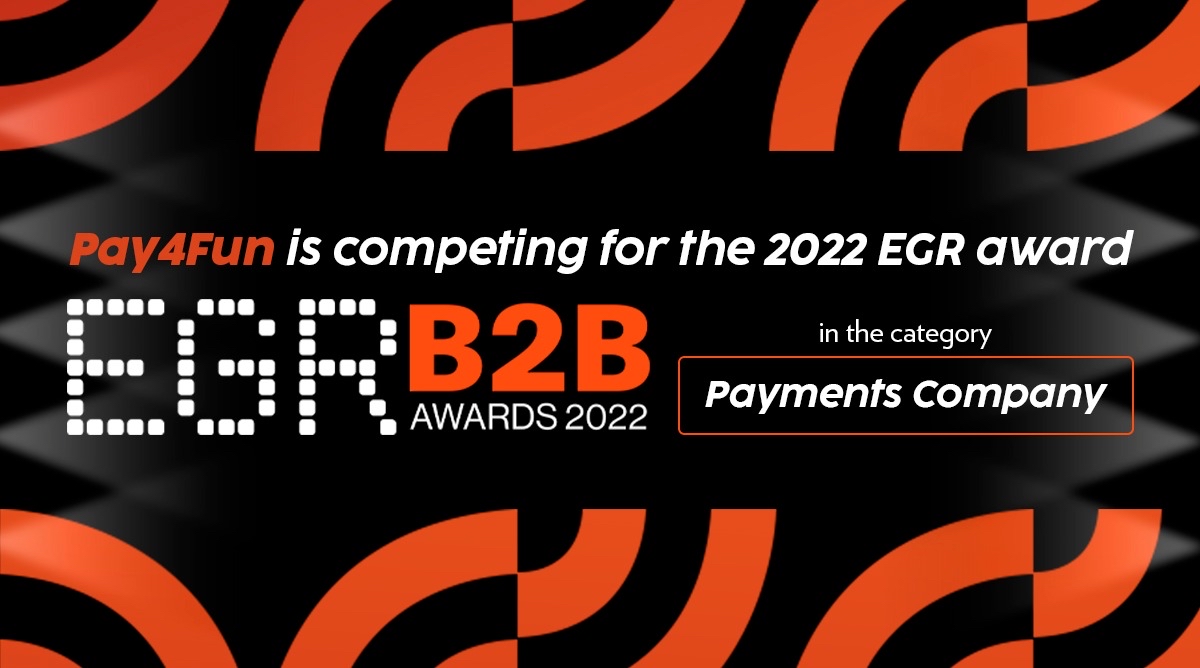 The company appears in the shortlist of the Payments Company category

Pay4Fun is nominated for the biggest award in the e-gaming market in the world, the EGR B2B Awards 2022. The Brazilian fintech competes in the Payments Company category.

The awards ceremony for this year’s event takes place on June 15, 2022, at The Brewery in London, UK. This is the fourth consecutive year in which Pay4Fun has been nominated as a finalist in the EGR B2B Awards, which makes Brazilian participation increasingly comprehensive and important in the world’s technology and means of payment scenario.

The EGR B2B Awards reward the best service providers in the online entertainment industry, recognizing the achievements of providers in all areas that involve the entire chain such as software, payments, recruitment, IT and infrastructure and others.

EGR Global, organizer of the event, is the largest publisher in the gaming industry in the world. It is also the most important source of news, analysis and opinions in the e-gaming industry.

How the EGR B2B Awards works

EGR’s team of independent and external judges is updated each year and selected to bring a diverse range of in-depth gaming industry knowledge to the judging process.

All judges sign a disclaimer form to keep all submitted information and winners confidential, and are required to declare that they have no conflicts of interest before judging.

The EGR B2B Awards voting process will be made official by the giant Deloitte.

EGR does not contribute or have a vote in this process. Winners will be announced at the awards ceremony.

Pay4Fun is an online financial transaction platform that allows you to make deposits, payments and transfers in a practical, fast and secure way. The company is 100% Brazilian and has commercial partners from all over the world.

The company brings the safest, fastest and most efficient solutions in financial transactions to the digital environment. Facilitating the day to day of consumers and merchants, through a simple and intuitive platform, Pay4Fun also promotes a differentiated service at all levels.

Pay4Fun offers a variety of products and services that have been fundamental to its customers and business partners. These include Pay4Fun Card Mastercard, Pay4Fun App, the Pay4Fun Store and Pay4Fun Go.

, a high-tech payment gateway that provides an easy and efficient way to carry out financial and other transactions.

Good luck Pay4Fun! Brazil will be cheering for the award at EGR B2B 2022!