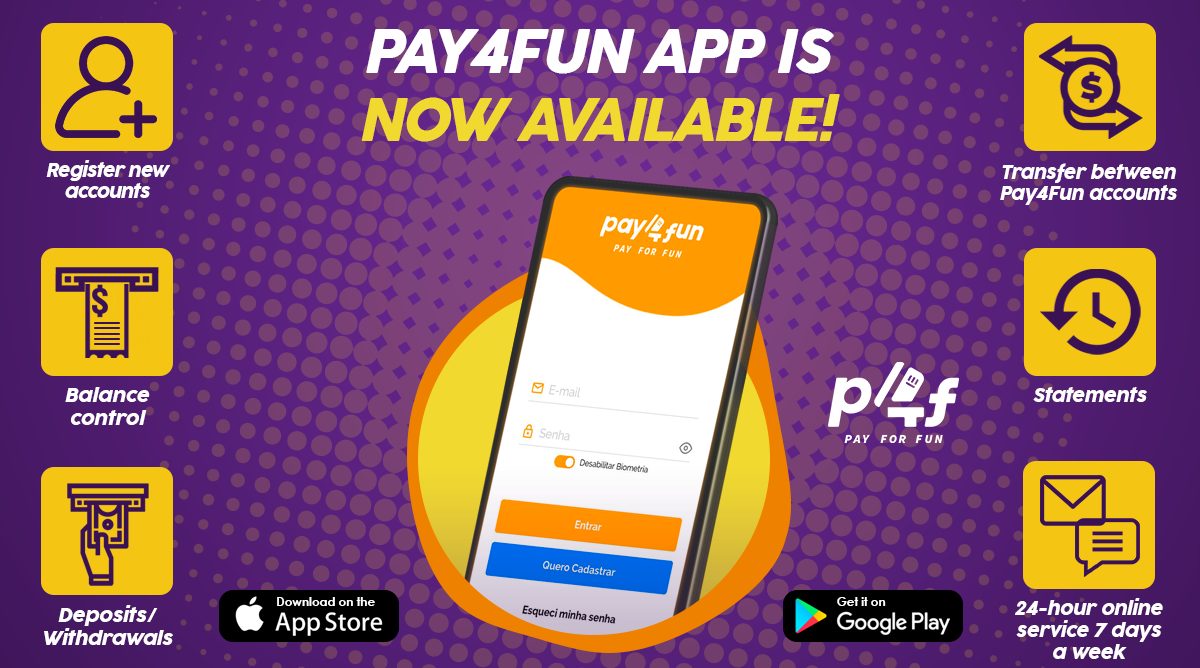 Pay4Fun has just launched a convenience service that facilitates its customers’ daily lives: the Pay4Fun App.

From now on, it will be more practical to carry out the most diverse types of operations in your account and between different Pay4Fun accounts.

The Pay4Fun app will provide the user with capabilities such as:

The App is available for Android and IOS, and you can download it on Google Play or Apple Store.

The way a financial services company invests in serving its customers makes the difference. Excellent customer support and security are essential requirements for clients to trust their resources to an e-Wallet service.

Pay4Fun’s superior assistance is one of the main reasons for expanding its presence in the market.

Recently, Pay4Fun had a 24% increase in customer service. More than 740 hours of service availability shows that our customers have been progressively using Pay4Fun to make the most diverse types of payments and financial transactions.

With the Pay4Fun App, the 24/7 access to customer service is more comfortable and agile.

100 integrated partners and many new features

Currently, Pay4Fun has more than 100 integrated partners in the most diverse market segments.

Through the Pay4Fun App, it’s possible to make payments and fund transfers to several physical stores and websites.

The company will soon launch another great product: The Pay4Fun Card, linked to the Pay4Fun virtual account, partnered with the Mastercard banner.

Don’t miss that. Download the Pay4Fun App now and discover all the features of Pay4Fun directly on your Smartphone. Go Pay4Fun App!