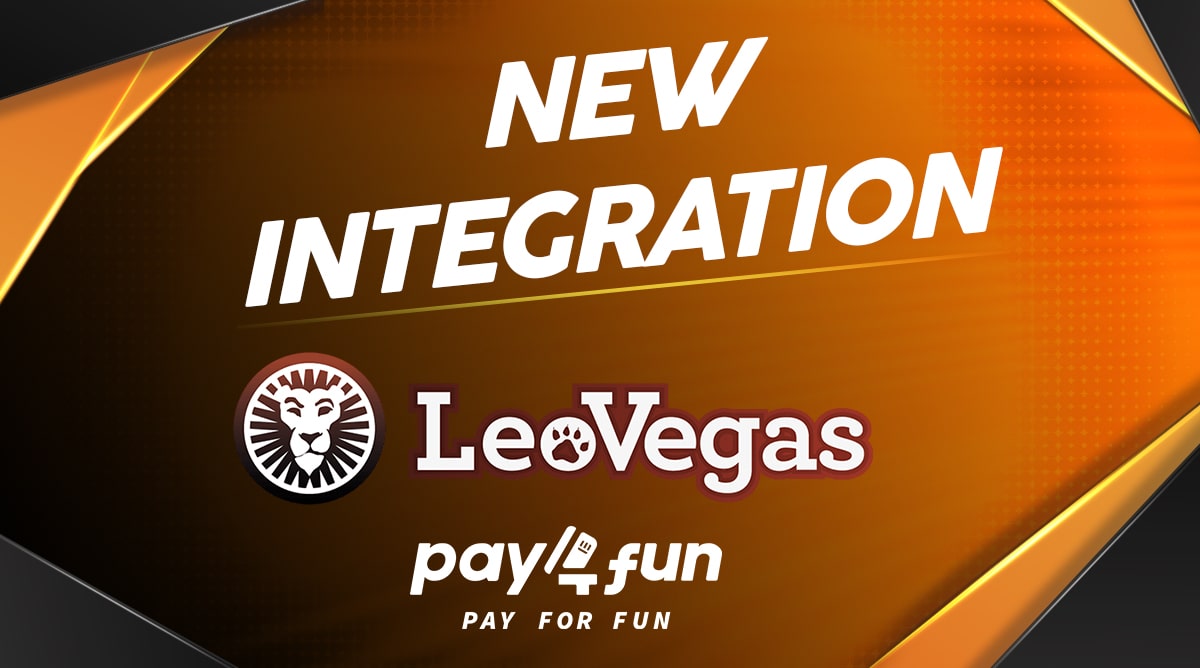 Another incredible news from Pay4Fun. Now you can use your virtual wallet to have fun in one of the largest and most famous online casinos in the world: LeoVegas.

Founded in 2012, LeoVegas has become a world reference, winning several awards such as:

The platform contains several different types of Slots, like Starburst and Guns N’ Roses. The website also offers a great list of table games like Blackjack 21, Roulette, and Baccarat. LeoVegas has a partnership with the best online casino providers such as NetEnt, Realistic Games, Play N Go, Yggdrasil, and Felt.

You will feel like you are in a real high-quality casino, thanks to the superior definition HD channels that LeoVegas offers.

Another impressive LeoVegas’ attraction is the Chambre Séparée. The session offers Blackjack 21 and Roulette, with exclusive promotions and gifts for the clients.

In addition to the casino, LeoVegas also has sports betting dedicated sessions. The LeoVegas Sport session has modalities such as football, rugby, and tennis.

LeoVegas works on any device, but its iPhone app has won several awards:

One of the features that stands out in the LeoVegas App is the Touch ID, which can take the user directly to the betting tables safely, through a simple touch.

Another critical feature of LeoVegas is LeoSafePlay. The function provides options for setting account limits, time, and deposits.

LeoSafePlay is an essential tool to ensure that players have fun placing bets according to their means, aligned with the Responsible Gaming policies.

In addition to the fantastic partnership with LeoVegas, Pay4Fun has one of the best-rated customer service in its category.

Pay4Fun achieved a 95% satisfaction rate with its customer support. That represents an increase of 28% in positive evaluations only in the first half of 2020. The global standard value of customer service excellence is around 86%.

Pay4Fun is also consolidating its presence in the market. Recently, Pay4Fun saw a 24% increase in the number of customer service calls. Compared to the number of services in 2018 and 2019, Pay4Fun achieved a 1700% growth.

Soon, Pay4Fun will be launching the Pay4Fun App, with several functions that will make its customers even more satisfied.