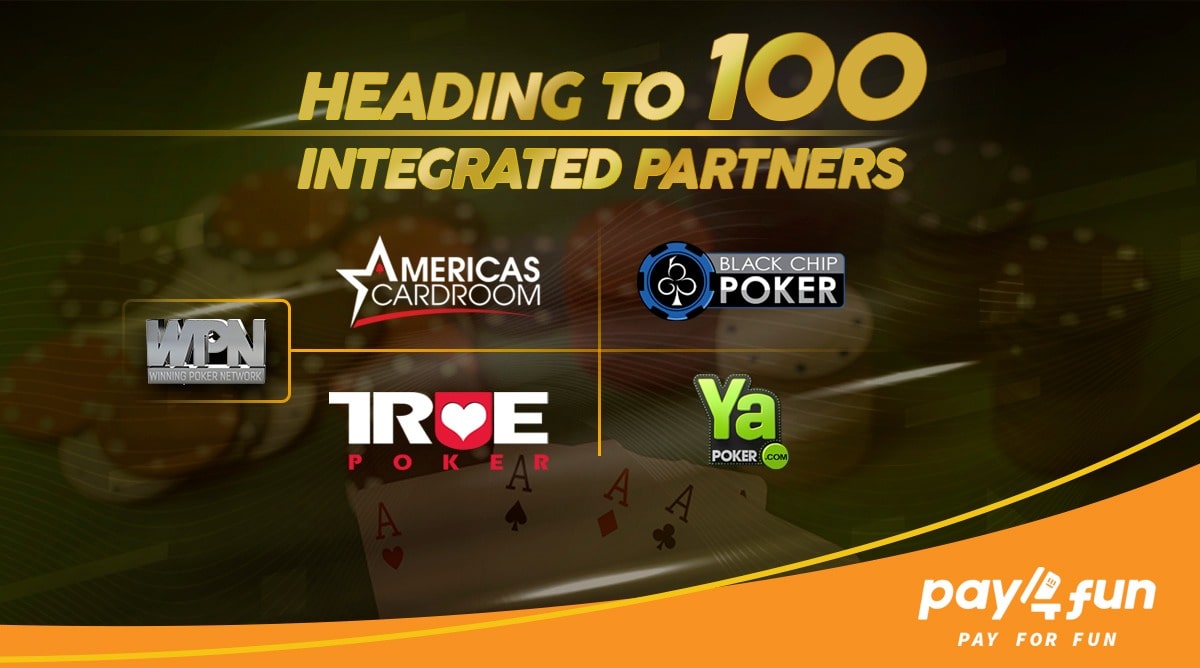 Pay4Fun is at a fast pace of expansion

Amid so many turbulences in the market, Pay4Fun brings excellent news. We are almost reaching the mark of 100 integrated partners!

Let’s get to know a little about each one. For our customers, that means they have even more options to use the benefits of their Pay4Fun account.

In addition to Poker, the True Poker website also offers Casino games, as well as a great welcome bonus promotion offered even for small deposits. It is worth downloading the software and start having fun.

For tournaments, the site offers the Sit’n’Go platform, with the option to rebuy and also tournaments based on playing time. Poker rooms provide satellite tournaments to gain access to more significant events.

All of the above sites are part of the Winning Poker Network group. The company was founded in 2001 and has seen tremendous growth and expansion in several countries in recent years.

For Pay4Fun, growth has no limits

If today we celebrate the brand of almost 100 integrated partners, this is only the beginning of Pay4Fun’s expansion in the most diverse market segments.

Several new features will be launched soon, such as the Pay4Fun Card, with the MasterCard flag linked to the Pay4Fun online account.

Other news is the Pay4Fun App, the Pay4Fun Store that will sell services such as Uber, Spotify, Netflix, Prime, and others, and also the Pay4Fun QR, which provides payments in the physical environment through the App directly in Pay4Fun’s virtual wallet. Go Pay4Fun! Go Partners!