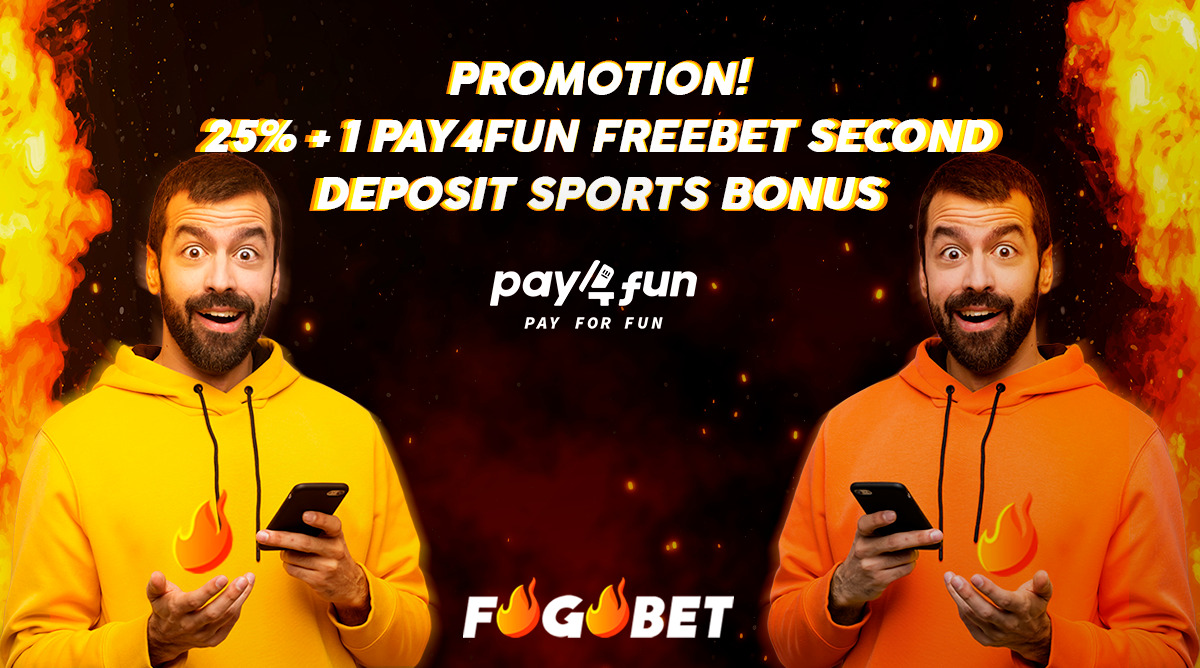 Fogobet is launching an unmissable promotion in partnership with Pay4Fun. Sign up now and receive 25% + 1 freebet bonus at Fogobet, on your second deposit in sports made through Pay4Fun.

The advantages do not stop there. By participating in this incredible promotion, you get a free bet of R$5.

Make your second deposit at Fogobet through Pay4Fun and take advantage of this incredible benefit to have even more fun.

The 25% bonus + 1 Pay4Fun freebet promotion on second deposit in sports will be available for 30 days after registration. Don’t miss this amazing opportunity!

Fogobet is a site focused on sports betting. The house offers a vast Sportsbook with options such as football, basketball, tennis, hockey, American football, among many others.

In soccer, it is possible to place bets on major championships such as the Copa Libertadores, Premier League, Copa Sudamericana, UEFA Cup, and much more.

Fogobet is a company very committed to the player experience. The site is intuitive, easy to navigate, in addition to having all the security and best technologies on the market.

The platform also offers other verticals such as virtual sports, casino and live casino. Access Fogobet now and guarantee much more fun!

Only the Pay4Fun customer has access to the biggest promotions from the best bookmakers in the market.

That’s just because Pay4Fun doesn’t stop innovating. Pay4Fun customers have access to a wide range of products and services such as the Pay4Fun App, the Pay4Fun Card with the Mastercard brand, the Pay4Fun Store and the Pay4Fun PIX.

Run to Fogobet now, sign up and secure your 25% + 1 freebet bonus on your second deposit in sports made through Pay4Fun! Go Fogobet! Go Pay4Fun!