Avento N.V. is the new partner of Pay4Fun 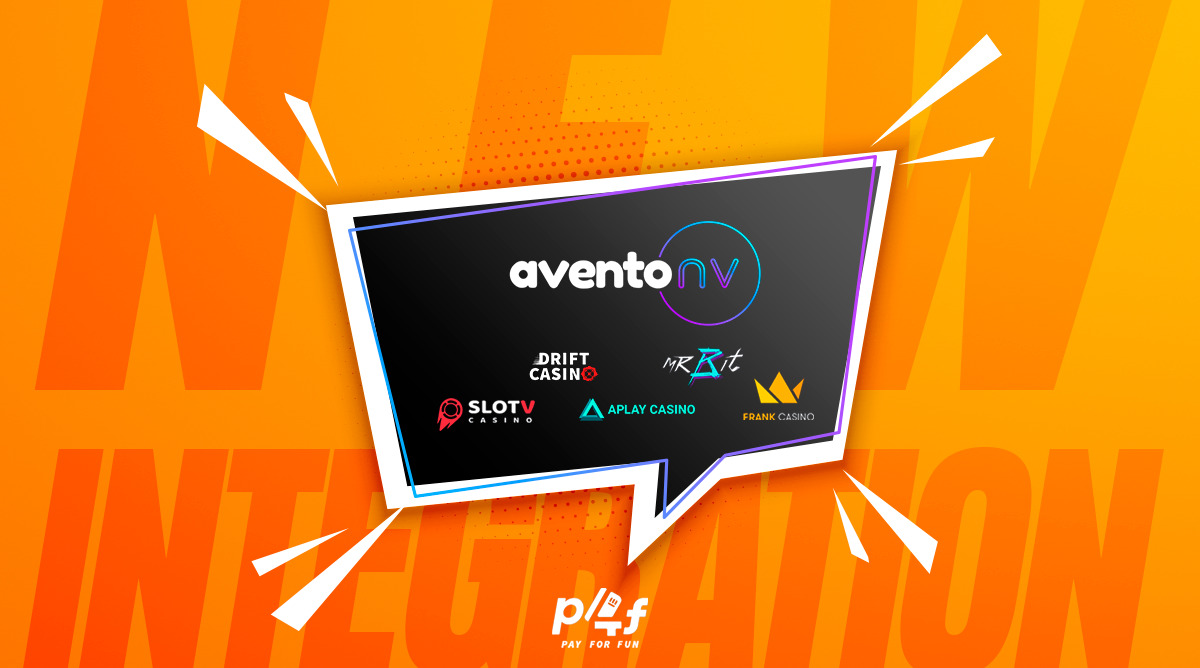 Avento N.V. focuses on promoting and accelerating online casinos, working with major players in the gaming industry such as Microgaming, Netent, Betsoft and others.

The company creates and supplies high quality products, ensuring the best experience for its users.

Get to know each of the Avento NV houses better

The new integration will make available to the Pay4Fun customer five amazing bookmakers:

In addition to great bonuses and promotions, the house has several events such as lotteries and battles. In battles, it is possible to compete with other players, competing for secret prizes.

SlotV Casino is much more than an online casino. The SlotV team brings a very pleasant experience to the player, with an easy-to-use design, several types of games and a multitude of promotions and bonuses.

Drift Casino is another sensational house at Avento N.V, which has more than 2000 games, in addition to making the payment of winnings within just 1 day.

The site also has several promotions such as the Live Race by Evolution Live Games, where every Monday and Thursday it is possible to receive various bonuses.

Frank Casino offers sports betting and a multitude of games, as well as various promotional tournaments such as Frank’s Fabulous New Year’s Afterparty, among others.

Mr. Bit Casino is a site that has over 2000 slots in addition to poker and table games. The website content is fully compatible with all platforms and devices. Mr. Bit also offers a variety of sporting events, as well as promotions, tournaments and bonuses.

Access the Avento N.V. websites now and deposit with Pay4Fun

Discover the new Avento NV houses with all the security and technology of Pay4Fun. This year, we will bring a whirlwind of news and many more entertainment options for our customers.

Pay4Fun has a first-rate service to its partners and its end customers. We offer to the market a series of products and services such as Pay4Fun App, Pay4Fun Card Mastercard and Pay4Fun Store.